Each year on the Cartoon Network, they show the holiday special of this story and it saddens me that this is the way many are introduced to the story because they lose so much of the majesty, mystery, and gothic dream-like atmosphere in animation I could only compare to something kids would see in a Saturday morning cartoon.

Frankly, the cartoon version is a mess. With editing and pacing that makes one wonder if the editor had drunk too much coffee, and angles that scream of a Speilberg-directing wannabe. 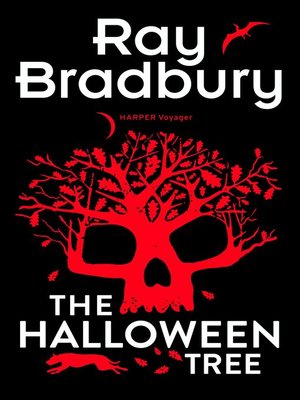 There are so many problems in the cartoon, and sadly some are quite laughable. My favorite example? The Egyptian mom living years ago speaking perfect English with an American accent!

Oh, just imagine, what Tim Burton could do with a tale like this! First you would need to make it seem more like a mission. 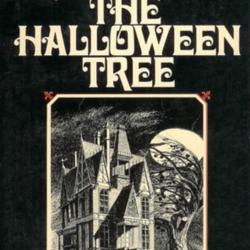 The children are not just going through time to learn and explore they need to collect something to save their friend. What can I say? I find it inspiring.

This is not to say the book is perfect, like most Bradbury I feel he rushes to the big moments, not taking the time to dive into the characters and plots more he is at heart a short story author and his longer work can suffer because of it. Even Bradbury has problems telling them apart and sometimes he will have them all speak together, not even bothering to break down who is saying what.

Still for all of this, I consider The Halloween Tree a classic and a wonderful surprise for me. Now the big question- would I give up a year of my life to save a friend?

They shrieked with ingasped, outgasped terror. They rode across the moon in an exclamation point. 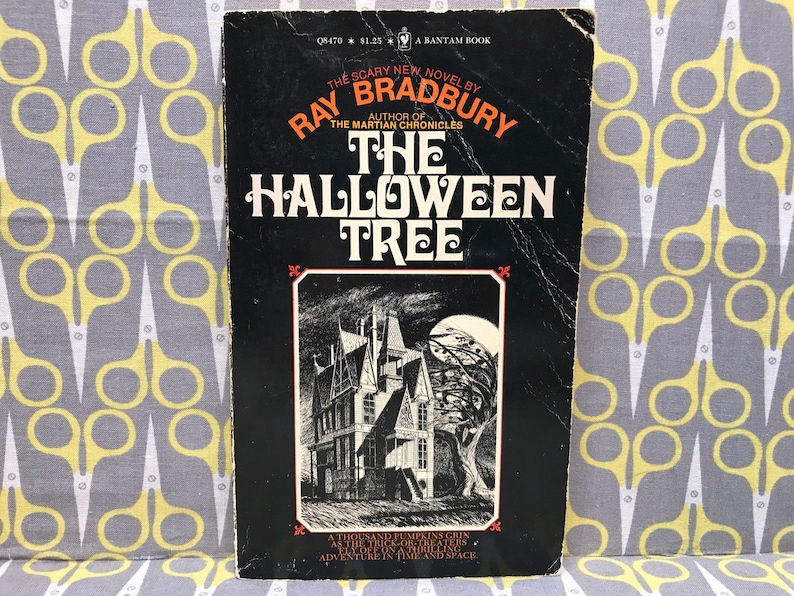 They soared over the hills and meadows and farms. They saw themselves reflected in dusky moon-bright streams, creeks, rivers. They brushed down over ancient trees. The wind stirred by their passing shook down whole government mints of coins, leaves, brought showering to the black-grassed earth… So much of the book, told from the point of view of eight boys trick-or-treating on Halloween night, is expressed in these breathless flashes of description and metaphor, capturing the height of childhood restless energy.

This is one of those rare books where the language used is intrinsic to the story.

These eight boys, dressed head to toe unrecognizably in their Halloween finest, chomp at the bit to get started on their once a year festival of costumes and candy. But where is Pipkin? The smartest, fastest, most agreeable of all of them?

The one who loves Halloween the most? What struck me most at the time were the differences between the novel and the animated version.

I only discovered later on that The Halloween Tree had originally been a teleplay, and so went back and forth in its adaptation, each version yielding a more refined and coherent story. The first distinction is the group of trick-or-treaters, which is paired down from eight boys to three boys and one girl for the film.

The roles of the four friends, Tom, Jenny, Wally and Ralph were also expanded in the movie so that each had something they needed to overcome and their personal connections to their best friend Pip are more deeply explored. The film did a better job of showing the friendship that ties their gang together and brought authenticity to their resolve in making the final grim decision.

As a girl who grew up with three brothers, I took it for what it was: kids being kids, basically it was a non-issue. Halloween has always belonged in the hearts of all children. Likely she was rewritten as a boy in a witch costume because Bradbury knew his audience and a gang of boys would be much more relatable to a young male reader, which is perfectly fine.

When the story was again reworked for the animated film, times had changed and it made more sense to have a female character added into the mix. His character was added to the book to provide more motivation for the rest of the gang to follow Mr. Moundshroud on his Halloween journey. It provided the perfect allegory for the very essence of the holiday, the celebration of life and death, the endless cycle that rules over the seasons and the gods and all manner of earthly beasts.Night came out from under each tree and spread.

But if Bod leaves the graveyard, then he will come under attack from the man Jack - who has already killed Bod's family… 5 out of 5 stars Just loved it from start to finish By Ally Edmondson on Fahrenheit With editing and pacing that makes one wonder if the editor had drunk too much coffee, and angles that scream of a Speilberg-directing wannabe.

Illustrated by Joseph Mugnaini. Their search leads them to a gloriously gothic haunted house with a tree covered in lit jack-o-lanterns. Notify me of new comments via email.

They catch up with the elusive Pipkin in the catacombs of Mexico, where each boy gives one year from the end of his life to save Pipkin's.